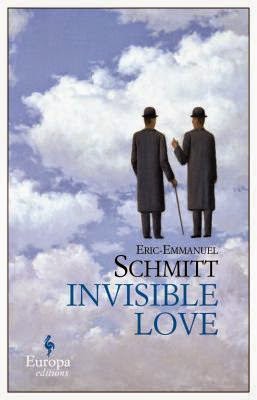 Whew.  It's been so long since I've written a book review that I've been putting it off.  Seriously. Not since April--I just checked.  I've blogged a lot of bookish things since then, and I did several posts in the readalong for Caitlin Moran's forthcoming novel, How to Build a Girl, but an actual book review?  Nope.  This is embarrassing, and for those of you who come to this site looking for bookish things, I extend my apologies.

I'm an unabashed fiction reader, through and through, and while I love to read novels, I don't pay as much attention to short stories.  Oh, I might read one or two story collections a year and the occasional stand alone story in a publication like The New Yorker, but most of the time I really prefer to sink my teeth into a book and become immersed in its world. Let's face it, good short stories are more difficult to write than good novels--at least from this reader's perspective, since good short story collections seem a bit scarce on the ground, whereas good novels are being published every day. However, if all short story collections were as good as Eric-Emmanuel Schmitt's book, Invisible Love, I would soon change my reading habits.

Every single story in this collection was very good, and a couple of them verged on excellent, but one of them?  Ahhh, one of them was nothing short of sheer perfection. The first story, "Two Gentlemen From Brussels," tells the twin narratives of two couples. One young couple is getting married in the town cathedral to much fanfare, whilst in the back, two men secretly murmur the young couple's wedding vows to each other, sealing their union under God, if not in the eyes of the state. The men take a proprietary interest in the young couple's relationship and guard over it, keeping watch over the baby they produce as the young boy grows up, showering him with treats and honoring him as a child they could never have themselves.

In another story, "Ménage À Trois,"  the young widow of a musician becomes increasingly convinced that her new husband has an unhealthy obsession with her dead husband's original music.  Uncomfortable, she goes about her life feeling like her marriage bed is a bit crowded, sandwiched between her current husband and the ghost of her first one.

It's the story called simply "The Dog" that broke my heart wide open and made me appreciate anew just how much emotional ground one short story can cover.  I'm not sure I've ever read a piece of Holocaust literature than has moved me more.  An old man kills himself within a week after his beloved dog dies, and his daughter and only friend are left to piece together the old man's history, which is quite different from what he's always told his daughter.  I think any reader would appreciate this story, but if you're an animal lover, and in particular a dog lover, I think this story will completely undo you. To say more would be to spoil, so I'll just say this: "The Dog" is, I think, the best short story I have ever read. If it's not the best, then it ties for first place with Annie Proulx's "Brokeback Mountain," which I haven't read since it was first published in The New Yorker seventeen years ago.  No other short stories have their equal for emotional heft.

These stories are exquisite little gems of literature that are full of philosophy and quiet moments of epiphany, those moments when the story pivots in the reader's mind to cast an entirely new slant of light on what has just been read. Each one left me with a sigh of satisfaction and contentment, but also a little bit slack-jawed with amazement that so much could be accomplished with such efficiency -- the longest story is only fifty pages. If you value fine writing and the remarkable execution of a difficult craft, this is a book you should purchase right away.

I don't make sweeping proclamations very often, but I will say this: Eric-Emmanuel Schmitt is the finest short story writer of our time.  I wish more of his books were translated into English, but thanks to Europa Editions, this is his fifth book available to readers like me.

NB: This book was provided at my request by my sales rep.
Posted by As the Crowe Flies and Reads at 7:20 PM