F*** You, April. (Otherwise known as Last Month In Review) 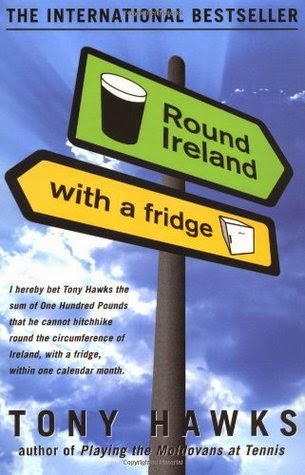 April and I are not on the best speaking terms.  Or should I say reading terms? I regularly knock off 8-10 books every month, but not this April.  Oh, sure.  There are a few extenuating circumstances. I traveled to Philly for a long weekend, and I'm in Ireland right now (as of this reading, if not this writing), which took a lot of time to prepare for at work and at home.  And some of the REASONS that slowed my reading down in March stuck around for April.  But still.  To have only finished 4 books?

I'm trying hard to meet my shortcomings with forgiveness rather than recrimination, but it's a little difficult.  Everybody goes through book slumps; this one just happens to have lasted longer than any other book slump I've ever experienced.

In chronological order, then, we have:

1) Nocturne by Dutchy. This is a work of Harry Potter fanfiction that is a bit darker than my usual fare. The unthinkable has happened.  Voldemort has won. Now, one Severus Snape must find a new way in this dark and twisted world, one seemingly devoid of all hope. You can find it on the Ashwinder site.

2) Round Ireland With a Fridge by Tony Hawks.  Le sigh.  A guy makes a bet that he can hitchhike around Ireland.  With a fridge.  This book sounded like it would be great and funny and the next best thing to Bill Bryson. Unfortunately, this book turned out to be all about Tony Hawks and not much about Ireland itself. Since I wanted a book that would be evocative of the country I was looking forward to visiting, this book was ultimately not for me.

3) Winnie the Pooh by A. A. Milne. How on earth have I not read this book before?  This is basically the pinnacle of what a children's book should be: charming and fun and lovable and funny. I never really was a fan of Pooh growing up, much to my siblings' chagrin.  They all had a "Now We Are Six" birthday party, which I had no interest in whatsoever.  I think it kind of broke their hearts.  Well, sibs, I'm sorry.  If I knew then what I know now, I'd be All About Pooh.

4. The Lost Continent: Travels in Small Town America by Bill Bryson. This was a re-read for me from several years ago (2002, maybe?), and as much as I hate to say it, it didn't really live up to my memory of it.  I'm a Bill Bryson fan from way back, and he's probably the only nonfiction author I know whose works would make my laminated list, so I'm a little bit bummed.

And that's that.  A whopping big FOUR books that I finished in April, with one being a children's book and one being a re-read. May can only get better, is how I see it!

What about you? What did you love in April?  What disappointed you?