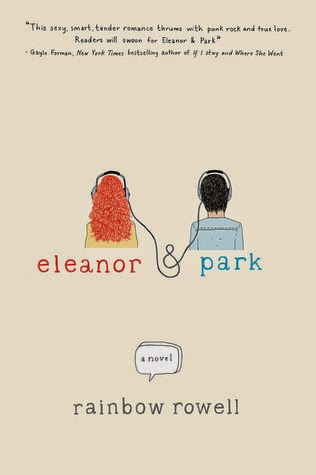 I've not done much reviewing lately, so once I tackle this easy post of last month's reads, I may try to be disciplined and write a review or two of books I actually completed some time ago.  How was your April? It feels around here that winter is finally behind us.  Yesterday was actually warm enough to wear flip flops, so I reckon that means it safe to get my snow tires removed from my car.  Two years ago I did that in March and naturally we had a few major snow storms immediately following.

Anyhoo, these are the books I read.  Let me know if you've read and/or liked any of 'em.  And let me know what books you were digging last month, too.

1. The Rise and Fall of Great Powers by Tom Rachman.  Pretty nifty book, with various international locales. Not sure I liked it as much as I liked his novel on journalism, The Imperfectionists, but it was still quite good.

2. Summer House with Swimming Pool by Herman Koch.  Another pretty nifty book.  Not to sound like a broken record, but I don't think I liked it as much as his first book translated into English, The Dinner.  But if misanthropic, unreliable narrators are your thing, this book will totally be your jam.

3. Guests On Earth by Lee Smith.  Audio book performed by Emily Woo Zeller.  Eh.  I thought this book had tremendous potential: set in the 1930s and '40s, a gentle sanitarium outside of Asheville, NC, and with Zelda Fitzgerald as a minor character.  I was pretty disappointed.

5. Say What You Will by Cammie McGovern.  This YA features non-traditional protagonists: a girl with cerebral palsy and a boy with OCD.  Both are debilitating in completely opposite ways. I loved this book. Review here.

6. Insurgent by Veronica Roth (ebook) . This is a rare case where watching the Divergent film prompted me to read the second book in the series.  I'd read Divergent some time ago and thought it was perfectly fine, but it didn't interest me enough to plunge immediately into the second book.  For some reason, I emotionally connected with the film in a way that I didn't with the book.  Lots of folks have been down on Tris (the protagonist in the trilogy) because she's not Katniss, but frankly I do not understand why the world thinks we only need one kind of female role model. I'm Team Katniss AND Team Tris.

7. Eleanor and Park by Rainbow Rowell.  This YA book was a re-read for me, and if possible, I liked it even more than I did the first time around. I purchased the ebook for this one because I couldn't find my ARC and I was in the mood to read it NOW.

8. I Am Having So Much Fun Here Without You by Courtney Maum.  I still don't quite understand where the title comes from.  It's the story of a British man married to a French woman and it contains many of the usual tropes.  He fucks up and falls in love with another woman. His wife finds out about it right around the time he thinks he wants to start over with his wife. Pretty good for a light summer read, and Maum wrote convincingly from the husband's perspective. I won't review this one.

I also read 65-150 pages from several other books that won't pub until August/September for my work reading, including Amy Bloom's Lucky Us, Emily St. John Mandel's Station Eleven, Thrity Umrigar's The Story Hour, Marilynne Robinson's Lila, and Lisa Howarth's Going Away Shoes. With luck, I'll finish at least three of them because I'm smitten with what I've read so far and report on them for next month.
Posted by As the Crowe Flies and Reads at 11:26 AM 8 comments: