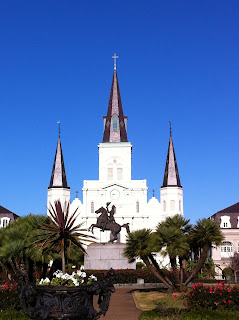 So, back to Winter Institute.  Working on approximately 3.5 hours of sleep, I valiantly hie myself downstairs to the ballroom where the Small Press Breakfast was held.  I was not only on time, but early, and it was only my fervent devotion to the importance of small presses and the responsible publishing they do in our world that kept me from skiving off.  Showing up as an act of love is what it was. Chelsea Green, Europa, and Small Press Distribution were just three of the presenters that morning.  I was a little saddened to see that so many of my colleagues came late, but at least they bothered to come at all.  There were a lot of empty chairs out there, which is too bad since we're independent booksellers and it seemed to send the message that we just like to give lip service about supporting small, independent publishers and do not actually want to make the effort to show up on time (or at all) to hear about their cool new books and programs.  I was a little ashamed at us overall, but pleased that the three Odyssey booksellers were all there, if a bit bleary-eyed (speaking only for myself, of course).

Now, I did skive off for two other portions that day.  Like the frequent flyer saying goes, I like to vote with my feet.  Instead of wasting spending time with a randomly assigned cohort to discuss how a theoretical store might better itself, Joan and I headed out into the heart of New Orleans to visit a real bookstore and how it survived Katrina and what its best practices were for continued survival.  There were several to choose from, but we ended up selecting Octavia Books in the Garden District, not least because we wanted to see more of Magazine Street (which is, without a doubt, one of the coolest streets I've ever driven down).

It's a lovely shop and we had a great time talking with their booksellers, but we had to rush to get back to the hotel in time for Joan to check out and for me to catch Round 2 of the publisher's rep picks.  More soggy sandwiches, but lots of exciting new books to hear about, so it was pretty good.  The afternoon sessions were of varying use to me, so I poked into them randomly and was super happy that I ended up at the one where John Green was on the panel.  He's great!

After a last poke through the galley room (this is heaven: it's a room filled with tables piled high with books and we could just walk through and help ourselves to whatever books looked good. I kid you not) and spending time in line to pack up and freight out said free books from the galley room, it was time for the small press author reception.  Yay!

What was quite possibly the best "official" part of the trip for me, though, was the author dinner for Simon & Schuster.  Simon had never invited me for anything before, but as I said earlier, I read and reviewed more books in 2011 than ever before, and one of them just happened to be for one of the two authors S&S invited to Winter Institute: Carol Anshaw's Carry the One. Color me tickled (and starstruck 'cause I got to sit next to Carol at dinner)! Not only was this one of the best parts of Winter Institute, it was one of the best author dinners I've ever had the pleasure to attend.  It was held at The Red Fish Grill, which was excellent (duh--it's a Brennan family restaurant).  We had a private room with two tables of 8 people, and a good mix of publishers, old guard booksellers, and newer ones like me.  The food was *amazing* because Wendy had planned the menu with perfect attention to local flavors and specialties, and it turns out that our waiter, Ike, was a character who plays himself on the tv show Treme.
The wine flowed as freely as the conversations did, and for the first time ever at one of these dinners, I didn't feel like the little girl invited to eat at the grown-ups' table.  I was seated between Wendy and Carol, who were both amazing, and across from a young bookseller named Liz Sher from Politics & Prose who is my new best book friend.  Halfway through the meal, Carol traded places with Chris Cleave, author of Gold (but whom readers would recognize as the author of Little Bee/The Other Hand), so I got to be starstruck once more with an author whose work I greatly admired. They also both wrote really, really sweet inscriptions in my galleys, which made me swoon. 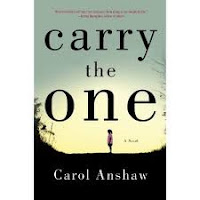 I think many of us were reluctant to call it a night after dinner was over, so a few of us gathered for one last drink and a salute to the Big Easy.  (Or rather, it was one last drink for me but the other stayed out 'cause they were wearing their dancing shoes). I, however, had a breakfast date with the lovely and venerable Emoke B'racz from Malaprop's in Asheville the next morning, so I hied myself back to the hotel around 2:00 am to get some rest.

The day dawned hot & hazy--just the way I like it, actually, as memories of that morning will keep the cold New England winter at bay--as Emoke and I made our way down to Cafe Du Monde one last time.  We talked story, as the Hawaiians say, for a good long time over beignets and cafe au lait, at one of the last tables available.  By the time we rose to leave, there was a line snaking down the block.  We rejoiced in our good fortune, but perhaps that was just tempting fate, because on our walk back to the hotel, I stepped off a curb only to simultaneously catch my toe on a raised flagstone and see a car approaching out of the corner of my eye. In an effort to keep from being run over (in my head I kept saying to myself, I cannot die in New Orleans, I cannot freakin' die here in New Orleans!), I must have been quite the comical sight to see as I flew horizontally across the street, losing both of my shoes, my sunglasses, my scarf and my handbag, only to crash mightily to the earth a few inches shy of the opposite curb.  I attracted quite a bit of attention, and luckily Emoke was there to gather my accoutrements while a kindly restaurateur helped me to my feet and insisted that I sit at one of his tables to shake off the near-accident.  The car, happily, braked at quite a distance from me and nothing much was hurt beyond my ego, though later I did develop some pretty nasty bruises on each knee and one forearm. Unfortunately my new cashmere sweater was ruined from skidding and sliding into home the curb, but I, at least, lived to read another day.

That's about it in a nutshell.  Travel home was complicated but not interesting enough to write about, and I had to hit the ground running the next day for textbook rush at work.  I miss New Orleans and the opportunities that Winter Institute provides for meeting other book people and networking in a way that doesn't feel like networking.  I hate networking, but I love Winter Institute. And that's all I have to say about that. Thanks for reading along with my bookish adventures, and here are some parting photographs:


Posted by As the Crowe Flies and Reads at 8:37 PM