The Room Where It Happened: Churchill War Rooms 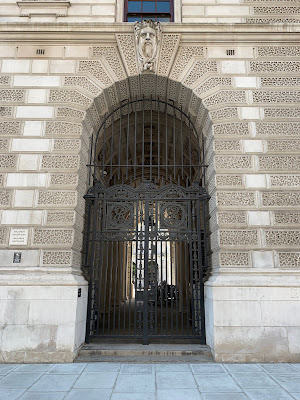 Before leaving for London, Michael and I canvassed friends and colleagues to see what their favorite recommendations were for the city. While there were a lot of answers we expected to hear, there was one attraction that we hadn’t given a second thought to but which multiple people raved about: the Churchill War Rooms. Willing to take their advice, we decided to seek out the room where it happened.

First, though, we stopped on the way to the tube station for some takeaway breakfast at Pret. I won’t go into detail here since they’re in many major cities all over, but we loved that their usual fruit & yogurt cups here were very passionfruit-forward. 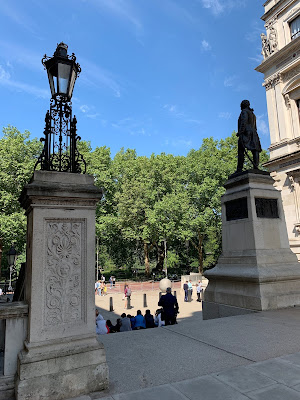 Even though we arrived before mid-morning, there was already a queue forming outside the CWR. What’s more, we discovered on site that it’s one of the attractions that people can by online tickets for  a certain time, so despite having the London Pass, we cooled our heels in line for 45 minutes before we could enter. About halfway through the wait, though, an Australian couple in front of us struck up a conversation, and that made the time seem to pass much more quickly.

We don’t have a ton of photos from inside the CWR, despite photography being permitted.  It was fairly low light throughout much of it and it was also extremely crowded, neither of which is conducive to getting great pictures. We both enjoyed the experience but I would urge all visitors to book a specific timed ticket and not just show up hoping to get in right away. 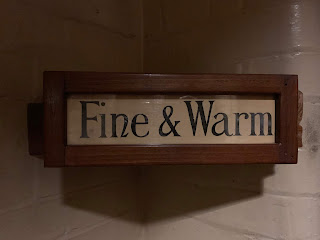 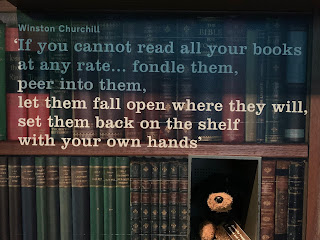 After spending two hours wandering through the museum and the CWR, we decided to part company with the crowds.  The day was beautiful, so we wandered around the area and enjoyed the sunshine. Of course we had to take a photo of Michael with the Downing Street sign behind him. (We were surprised to learn that the street itself is closed off.)  I was sporting a t-shirt from my store to launch a new social media campaign showing off An Unlikely Story swag around the world. 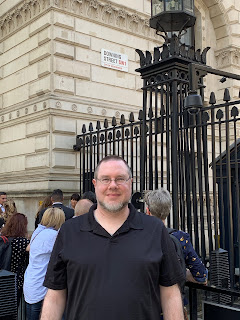 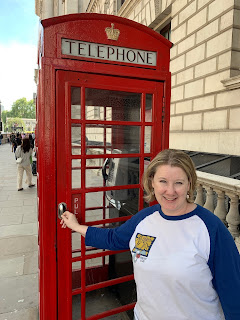 Eventually we worked up an appetite so we stopped in for a late lunch at a traditional pub called The Red Lion. We had an upstairs table for two with a view out the window and were grateful to sit down for a while.  Service was prompt for taking our order, but once our food arrived, it was a ridiculously long time before we saw our server again.  The food itself okay but nothing special. Michael ordered two small plates of crispy squid and spicy Vietnamese chicken wings, which were heavy on the gelatinous goo, light on the spiciness. I had a more straightforward grilled ham & cheese sandwich with triple-cooked chips that were soggy. The beer was excellent, though, and the day was fine, so disappointing fare didn’t do anything to dampen our spirits. 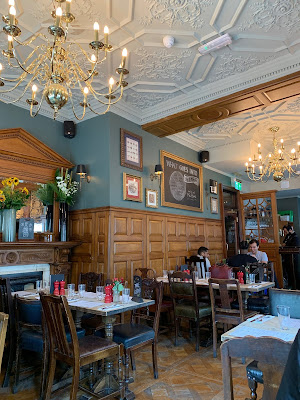 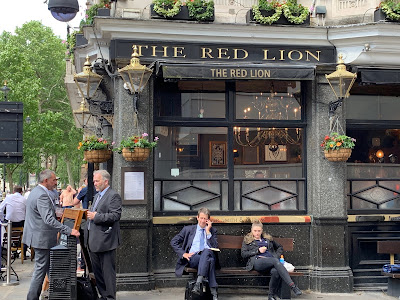 After lunch we walked around a bit more before taking the tube back home around 4:00, hoping to avoid the worst of rush hour.  The day was still so beautiful when we emerged from Notting Hill Gate station that I suggested we treat ourselves at the local gelateria on our walk home.  Well, it was perfect and it completely redeemed lunch as far as I was concerned. Michael ordered hazelnut while I asked for a mix of coconut and salted caramel.  Positively decadent! 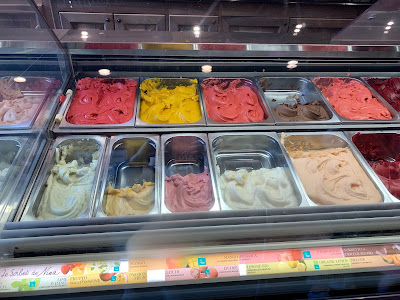 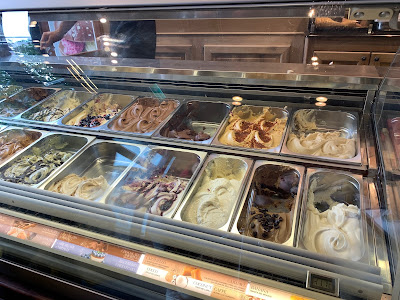 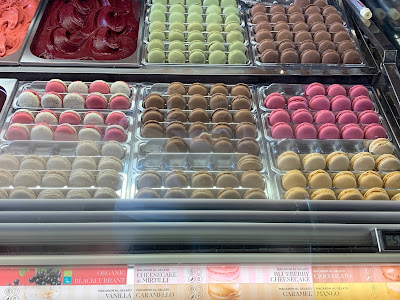 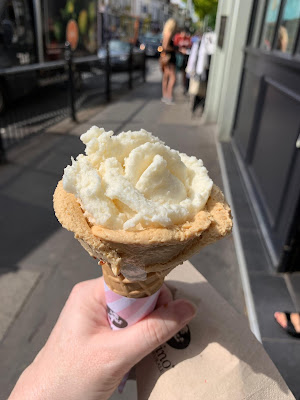 Yes, definitely one of my best ideas, getting gelato. Once we got home to the Pink House, we napped for a bit before changing into clothes for the play.  Yes, another one of my best ideas, getting tickets to go see Harry Potter and the Cursed Child. This was our second night, and since we already knew where we were going and didn’t have to queue at Will Call for tickets, we stopped in at the flagship Foyles, which is on the way to the theatre, to poke around. You know, busman’s holiday and all that.  That place was amazing - five floors, such incredible breadth of inventory. 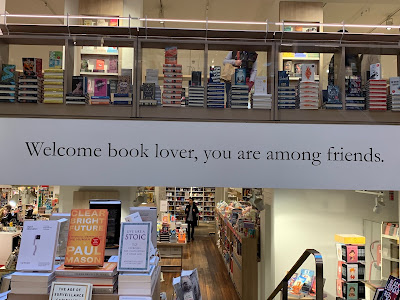 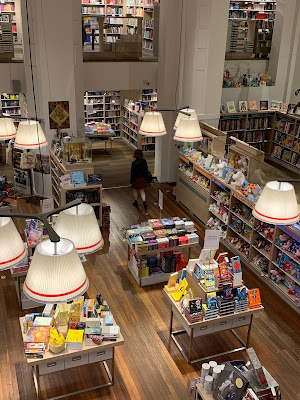 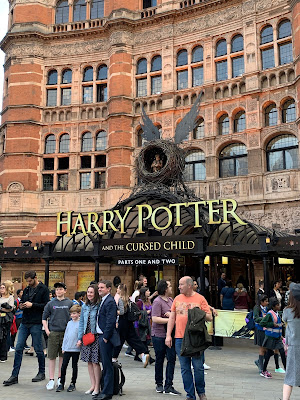 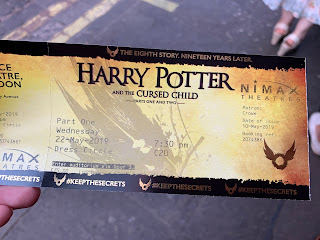 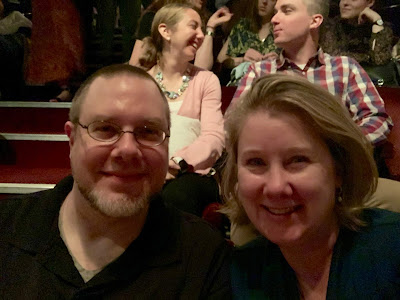 The production values of the shows were simply incredible.  The boy who played Scorpius Malfoy absolutely stole the show, and the man who played Draco and the woman who played Hermione weren't far behind.  I absolutely loved seeing the shows and Michael was slightly less enthusiastic but still keen.  We took advantage of the intermission with some gin & tonics, which is a British tradition I am 100% in favor of.

It was a great day, seeing some of the best that London has to offer, and we can’t wait to see will be in store for tomorrow!
Posted by As the Crowe Flies and Reads at 9:38 PM