From One Extreme to the Other: Saba to Anguilla 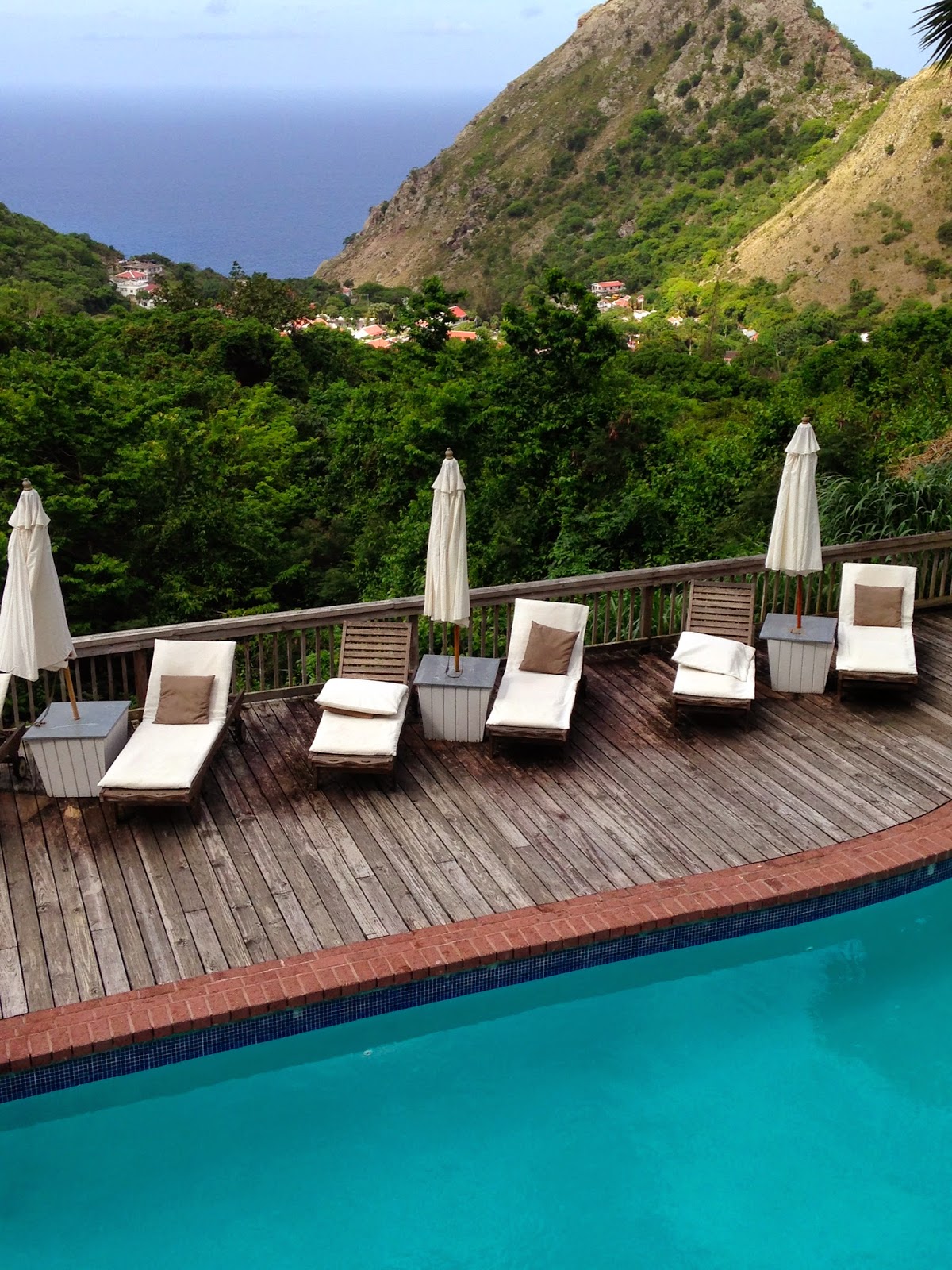 On Friday we were up early to pack and eat breakfast before our driver Ed showed up to take us to the airport.  Casper the dog even made an appearance to say goodbye, which was sweet since we'd not seen him since the afternoon we checked in. 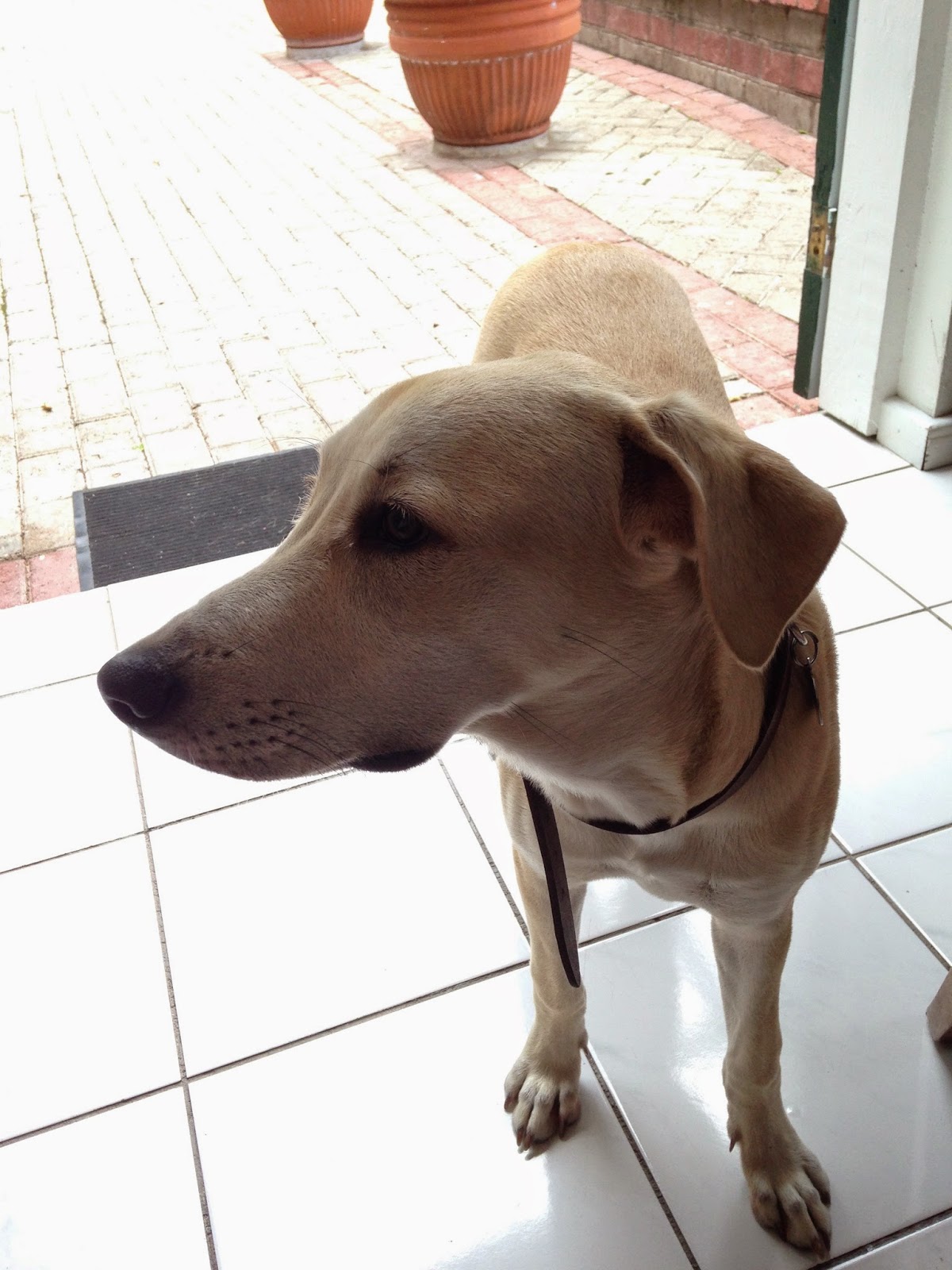 The drive to the airport took about 15 minutes and we arrived in plenty of time for our 10:00 a.m. departure.  We selected this flight based on our scheduled departure for Anguilla out of St Maarten, and as it turns out, we could have taken a later flight, but more about that anon...
The airport in Saba is only the third one I've been to that doesn't have any kind of security to pass through before boarding (Bequia and Vieques being the other two).  There's a bar where you walk in, then there's the room where you check in and pay your departure tax, and then an outdoor waiting area. Very civilized and comfortable.
The flight back to St Maarten was short, and since I traded seats with DH, a little less spectacular than our arriving flight.  We came in low enough to the ground and at an angle where I could see all of the tourists lining the beach, however.
There was nobody working at the transfer desk by the baggage claim, so we exited security and made our way to the Anguilla Air Services kiosk. We had a scheduled layover of almost three hours at SXM, but as our boarding time, then our departure, came and went, we were starting to get a little concerned.  Eventually the same woman from AAS found us at the gate and told us that they were delaying their flight for other passengers whose incoming flight to SXM was late. Well, okay.  We were disappointed about our delay to Anguilla since we'd already been waiting a few hours, but we reasoned that we would be very thankful, indeed, if *we* had been the couple running late.  In retrospect, we could have taken the 12:00 pm flight out of Saba and still had plenty of time to make our AAS flight.  Next time we'll know!

About an hour and fifteen minutes after our scheduled departure, we actually boarded the small plane to Anguilla.  The flight is short, and we used the time to distract the young woman sitting behind us who was a nervous flyer.  It was her first trip to Anguilla and at first she seemed quite put out with her young man, who'd booked the flight instead of the boat shuttle.  But by the time we landed, she seemed quite keen on seeing Anguilla from the air.
We had arranged with Ronnie Bryan to have our rental car at the airport, so after a quick jaunt through immigration and customs, we were on our way.  We'd originally planned to stop at the new grocery store, Best Buy, in the west end, but since we were running late, we wanted to go straight to Caribella.  We'd suspected, correctly as it turned out, that Vandra and Rose-El were waiting for us to arrive before heading home for the day.  Greeting them again is like coming home.  We unpacked and immediately unwound in unit #2, which is the upper level of the building closest to Mango's.  It's the unit on the left in the photo below.  I've got a blog post dedicated to it here, if you'd like to see the interior and read more about two individual units.
We had a pretty but somewhat subdued sunset, after which we walked next door to Mango's for our first dinner.  It's a tradition now to have our first evening meal there, and when we walked in, Andrea welcomed us with open arms.  We sat in her section (obviously) and since we were among the earlier diners, we had a moment to catch up with each other. I'd been looking forward to my mango martini for a few hours, and I think I even indulged in a second round. 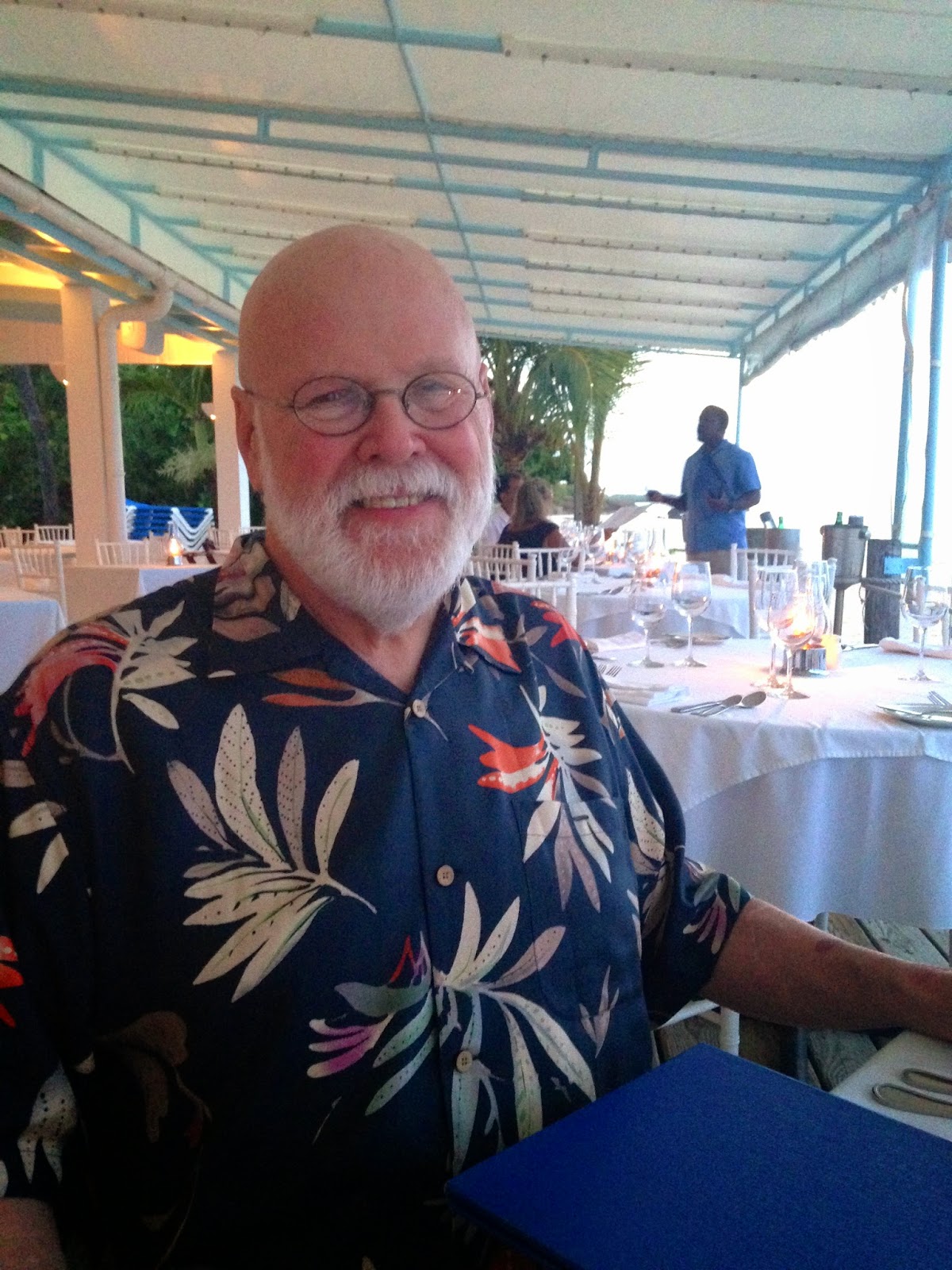 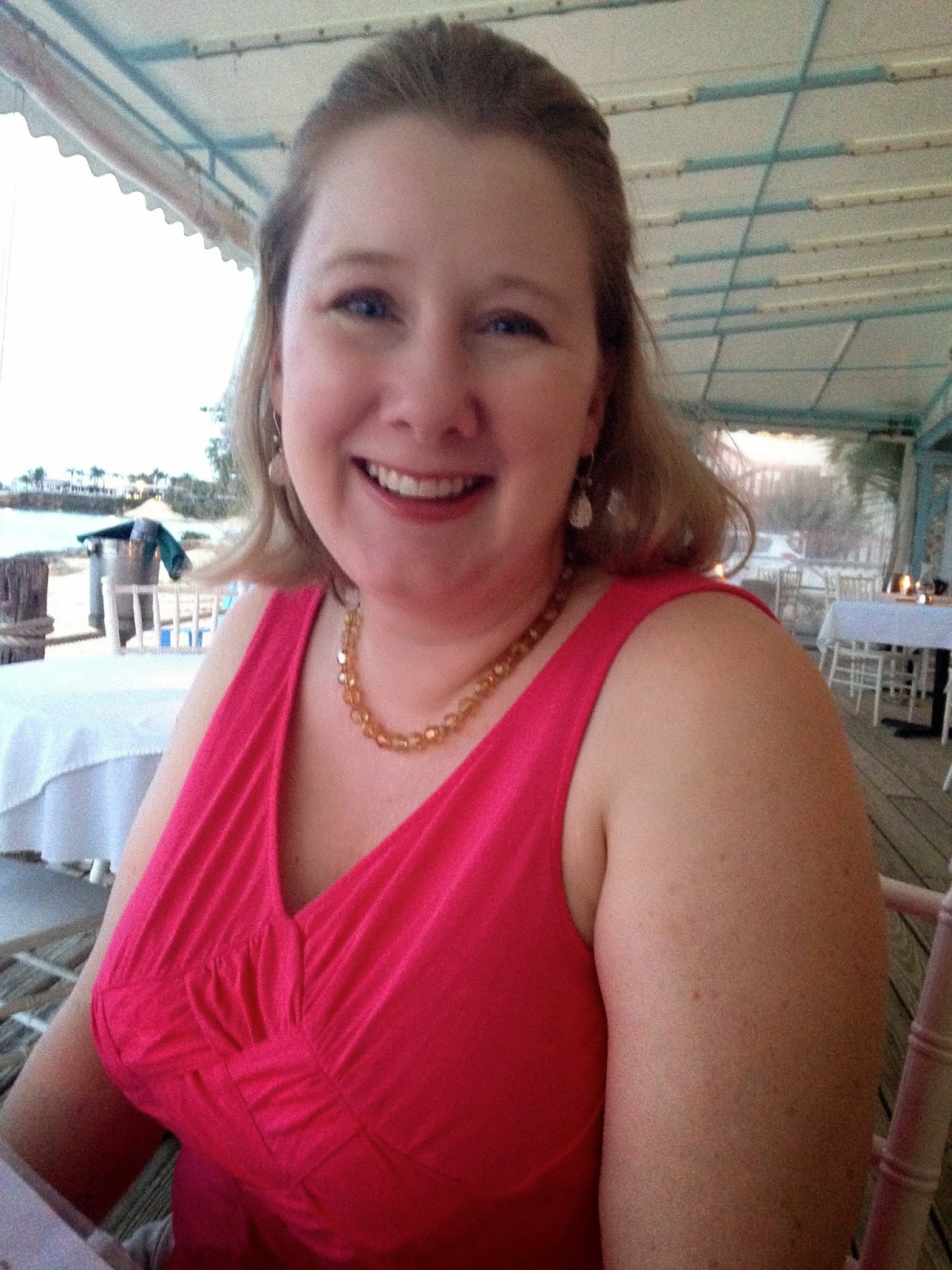 I ordered my usual, the sesame snapper with sauce on the side.  DH ordered one of the special fish preparations of the evening.  All I can remember is that it had sundried tomatoes, but both dishes were very good.  It's hard to beat the seafood dishes at Mango's, and they are always a must-do for us whenever we're in Anguilla.

I'm fairly certain that we shared the apple tarte with vanilla cream and caramel, but I don't have any evidence of that.  Before long, we were so exhausted that we fumbled and stumbled the short distance back to our room. I was alert enough to note, and photograph, that Mango's very clearly marks its menus to indicate the automatic 15% service charge that is added to all bills.
Stay tuned for our daylight adventures in Anguilla to begin, including Straw Hat and The Place...

Posted by As the Crowe Flies and Reads at 1:58 AM