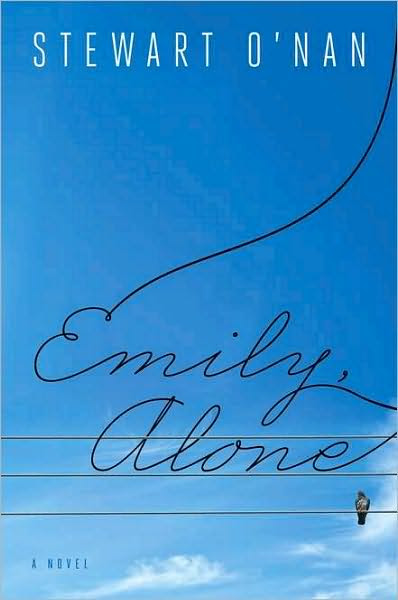 I think Stewart O'Nan must reinvent himself more than any other modern US author.  Many, if not most, writers have a modus operandi and they stick pretty closely within a certain range.  Philip Roth likes to write about the lives of Jewish upper middle class men.  Jodi Picoult picks an "issue" and then uses multiple narrators to write around it.  William Faulkner liked to chronicle lives in his fictional Yoknapatawpha County.  Flannery O'Connor was peerless at finding the gothic in the quotidian.  You can be sure that characters in Barbara Kingsolver's fiction will advocate for social justice.

With Stewart O'Nan, however, you get a different book every time he's at bat.  In A Prayer for the Dying, set in post-Civil War Wisconsin, he pulls off a beautifully, if tragically, conceived novel in what may be the only successful use of a second-person narrative I've ever read.  In Everyday People, he narrates vignettes from various African-American perspectives from the inner city neighborhood of East Liberty, PA.  The Circus Fire is a narrative nonfiction piece about one of the worse tragedies in Hartford, Connecticut's history.  In Songs for the Missing, he explores the psychological ramifications that a missing girl has on her family and in her small town at large.

So I wasn't sure what to expect when I picked up his new novel, Emily, Alone, forthcoming from Viking in March 2011, but I knew it would be worth my time.  It turns out to be the story of Emily Maxwell, a woman of a certain age, who muses alternately on her loneliness and her newfound independence in widowhood.  (What I did not know until after finishing the book is that it is also a sequel to O'Nan's previous novel, Wish You Were Here.  I had no idea when I picked up the advance reading copy that it was the case, so I can assure you with impunity that it's not necessary to read WYWH before reading E, A.)

There aren't enough pieces of good fiction being written about older generations (2009's The Leisure Seeker, while dealing with a pair of octogenarians, was not particularly well written) and Emily, Alone goes a long way to fill that gap.  It is thoughtfully done, getting into the mind, heart, and memory of an elderly woman in a thoroughly convincing way, evoking her loneliness poignantly but without resorting to emotional manipulation or sentimentality: it's just a simple fact that once you reach a certain age, you must face the possibility of outliving your circle of friends.  But there are warm moments, too.  Emily learns to drive again, trading in her husband's behemoth of a gas guzzler in favor of a Prius, so that she might zip about town, visiting the art museum and planetarium on their senior discount days with her sister-in-law, Arlene.  She has ongoing conversations with her dog, who is also old and gray and full of sleep. She muses on the changing demographics of her once upper middle class neighborhood and of Pittsburgh in general.  In short, she tries to live a full life, consciously reaching beyond her loneliness to add both meaning and structure to her days.

O'Nan is one of the most versatile storytellers I know, and this book further clinches his place in the modern American pantheon of writers.

NB: My sales rep, Karl Krueger from Penguin, gave me an advance reading of this book a few months ago and I finally got around to reading it.  I'm hoping that we'll be able to schedule another author reading with Mr. O'Nan at the Odyssey in the spring!
Posted by As the Crowe Flies and Reads at 11:08 PM